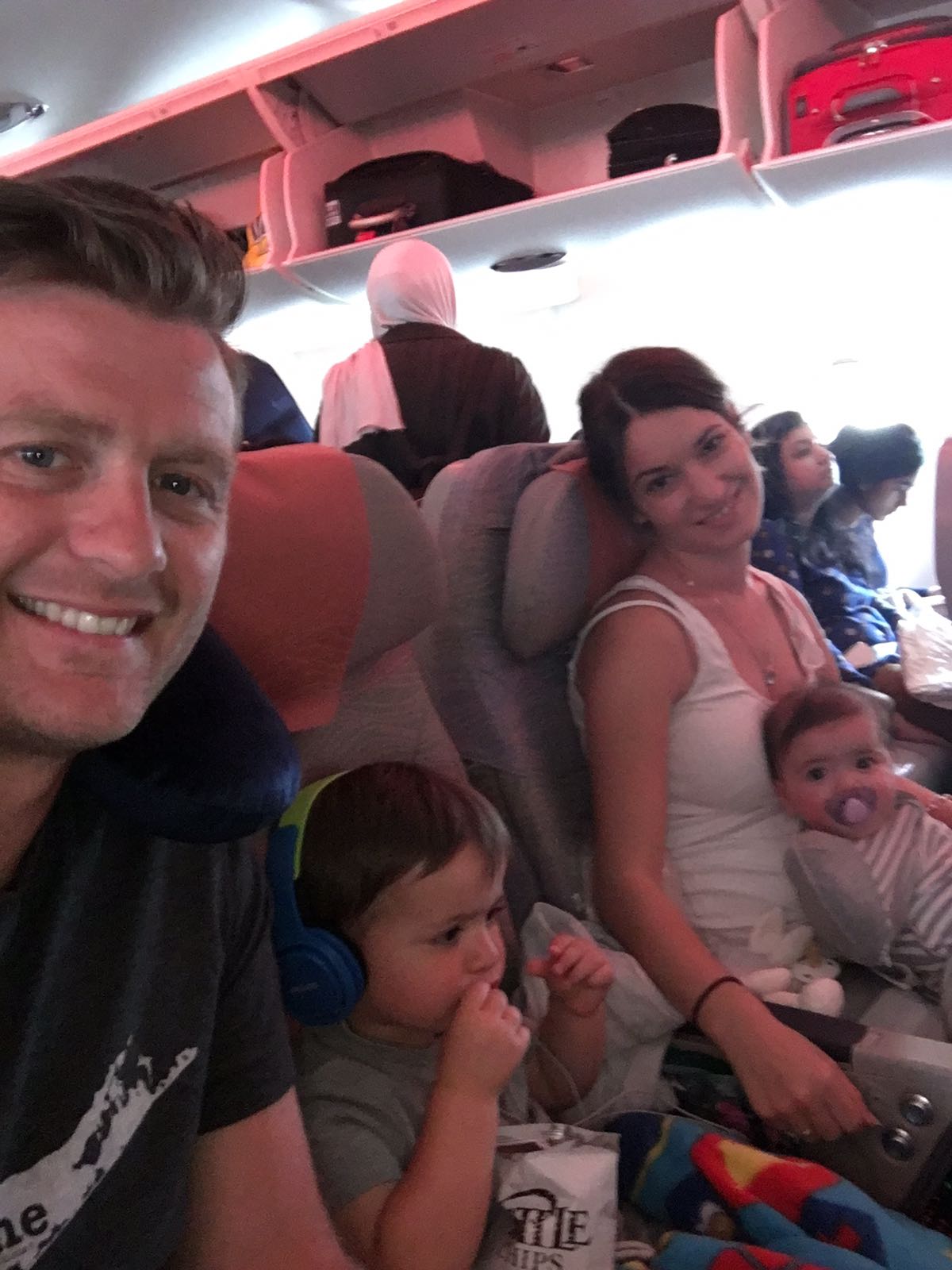 I know I’m not alone when I say I hate, haaaaaate flying. I mean where do I even begin? It’s a giant steel tube floating a million miles {give or take} in the AIR. Explain physics to me all you want, I just don’t get it. Then there’s turbulence. Throw in some cluster migraines triggered by pressure changes and I’m basically a crying ball of anxiety every night before I fly. Sure in all my holiday posts I look happy and relaxed but let’s be honest; I’m nothing short of a hot mess in the lead up. And all this is just me. Now let’s add kids to the mix….{insert that eye bulging emoji and a gulp here} I look so excited but I’m faking it haha

So a little background information of you: my husband and I currently live in South Australia but grew up in England and the USA respectively. So long-distance travel, unfortunately for me, will always be on the cards for us. It’s twenty four hours of flying or never seeing our families and the second option is the only thing worse than the first. In the last two years we’ve flown to New York with our 13 month old son Jack then to St Thomas in the Caribbean from there. We’ve also done a quick trip to Sydney with Jack when I was almost nine months pregnant {fuuuuuun} and most recently the UK with Jack {2} and our daughter Emma who was 4 months. So it’ safe to say that while I’m no expert, I’ve picked up a few tricks that have saved our butts. On one flight someone told me they didn’t realise we had a baby on the plane. I don’t say this to brag, it mostly came down to how much my son loves to eat. Which leads me to my first point….

And a few cheeky holiday snaps. Jack was ‘an easy baby’ whereas Emma has always been a bit trickier {colic, reflux that sort of stuff} but both of them have travelled so well. The more you do it, the better they become. I honestly believe kids are so adaptable so I guess my biggest ‘tip’ is to stay as relaxed as you can & the kids should – hopefully – suit!  Please feel free to comment below if you have any other travel tricks to share. Our next long-haul trip is to New York & Vermont around Christmas time so I’m always up for any more information too! Travelling with kids is exhausting, no doubt about that but I must say, seeing the world through their eyes is double the fun! Happy trails xo St Thomas with this cheeky kid