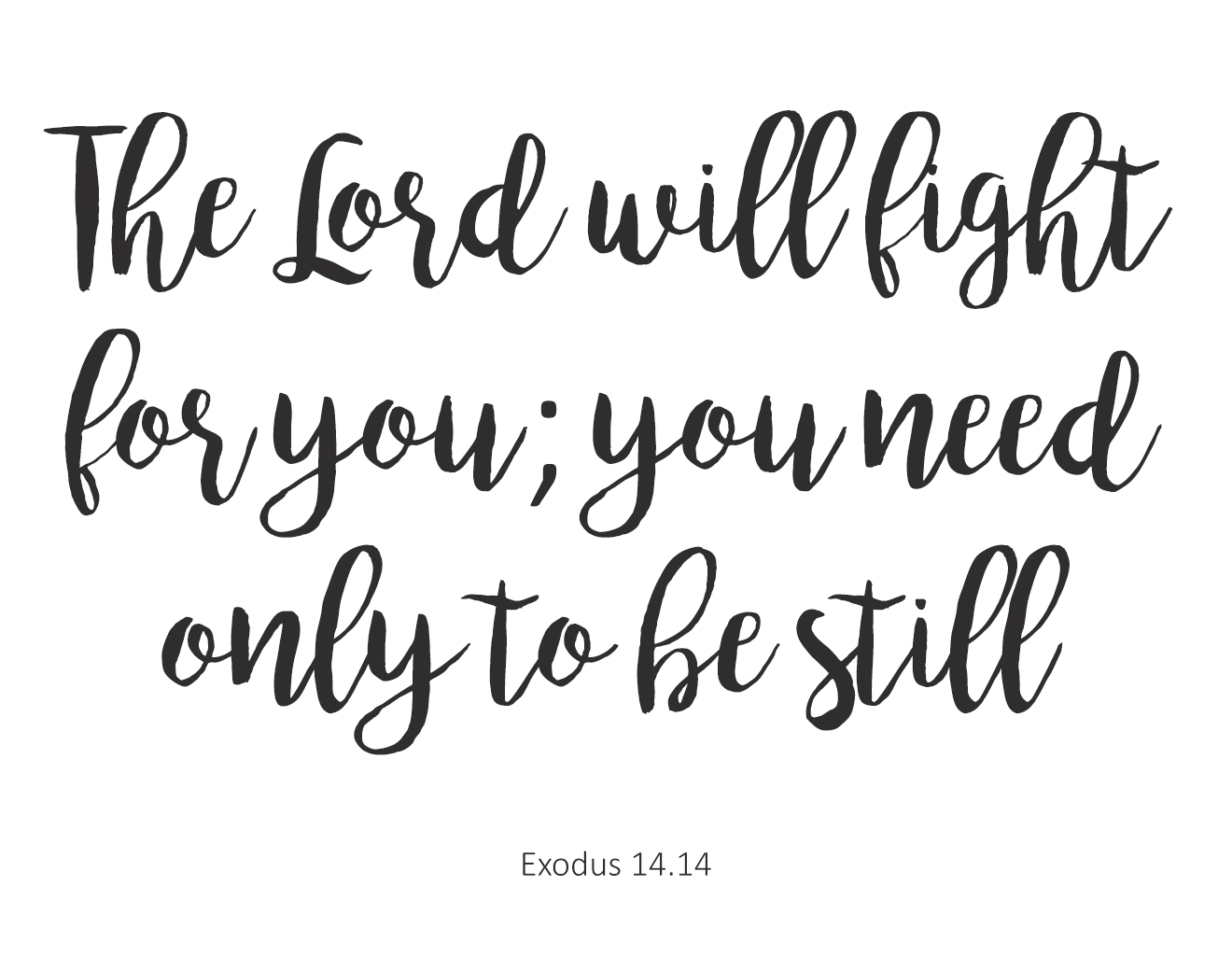 I don’t believe in good or bad years. Sure, some years the balance can be severely skewed one way or another but still I stand firm that every year – even the absolute worst of years – still have good in them if you look hard enough.
For this household, me in particular, 2017 was not my favorite year. Not even close. In fact it’s taken me until December to even muster up the courage to write this and admit to myself – and now others – just exactly what this year has been like.

For the last two years, I’ve felt that God has given me a word that has ultimately become the theme for the year that followed. This year, I couldn’t shake the word vulnerability. I’m inwardly groaning just writing this because being open and vulnerable is not my thing. At all. Just ask my husband- we’ve been together almost a decade and I still find it hard to let my guard down. This is the man who watched me birth his two children for goodness sake. Seeing it in black and white makes it seem laughable now but it’s the truth. Never in my life did I imagine that this ‘theme’ for the year would outwork itself the way it did. I couldn’t foresee that I would be so rocked, so sick, so brought to my knees that the vulnerability would have to be pried from my fingers if I wouldn’t freely give it.

Now important disclaimer: I’m not blaming God for any of this. I don’t think he sent down plagues of illness and disasters upon us – though it felt like it at times. So I hope in reading this, that’s not how it comes across because I’m not here shaking my fists at the sky.

So back to it….it was March. We had a whirlwind summer, maternity leave round two had just finished up and I was excited to sink my teeth back into work again. One of our favorite things to do is have people over for dinner, especially new people to church. On one such occasion, we had a lovely new couple over for dinner and while cooking and chatting, I accidentally grabbed a hot panhandle and burned my whole left hand. Such was my desire to keep dinner going, I decided to stick my hand in a bowl of ice water – which I’ve since learned is the worst thing you can do. I got through the dinner as best as I could but the minute they walked out the door I burst into tears and told James this pain was worse than labor. I stand by that comment by the way. I ended up calling a locum to come out so I could at least see if I needed to go to hospital or get it properly dressed. The doctor kindly prescribed me some pain medication to help me sleep and assured me it would be fine to take two. I made sure to mention my codeine allergy – repeatedly in fact – only to learn the hard way the medication prescribed did in fact contain codeine. The long and short of it is I couldn’t get up and walk without throwing up wherever I went. My husband ferried the kids to childcare, I called in sick to work then waited for my beloved friend to take me to the doctor. She held my hair back while I threw up in pot plants outside the clinic while old ladies tried to help wipe my face. In other words, it was the beginning of the end of my humility.

In the weeks that followed, I had a bout of food poisoning and then caught severe gastro that lasted a week. Somewhere in and amongst all that, my sweet daughter turned one but her birthday is a complete blur. One night, in a bid to get back into our normal routine, we invited friends over for dinner. It was a Thursday night so I had been working all day. I can remember feeling off all day, feeling panicked but I couldn’t pinpoint why. I got into my car to head home and before I had pulled out of the driveway I was hysterical. I’m talking ugly sobs all the way home. It was too late to cancel, nor did I want to, but moments before our guests arrived I was in a ball on the floor sobbing, not being able to breathe for no apparent reason.

At this point, I knew something was wrong. I blamed it on the gastro and they kindly left early to give me some space. I managed to hold myself together to make it to June for our staff retreat with church. I was counting down to a few days away as a family, just making space for whatever God needed to do in us. I could literally write another post just on that retreat, maybe another day, but it’s probably not as exciting for you as it was for us. And I thought it was a turning point I suppose, that after some of the things spoken over us that it would all just click into place. It was and it wasn’t. Looking back now I’m not surprised because isn’t that often what happens? You take a step of faith only to be met with opposition? I try to remind myself that the greater the opposition, the greater God’s plan is for us.

The rest of this year has been filled with sickness, mostly for my daughter and me. The pressure to stop taking sick days has hung over me, especially as we entered events season and my anxiety cranked up about ten notches. I’ve had to call on friends from church, some that we’re only just getting to know, to watch my kids, cook meals and take over basic daily tasks while I’ve been too sick or too anxious to function.

So what’s the point of me telling all this? I like to think I live an authentic life – my instagram is proof that I’m not all about glossy photos that paint a picture perfect life. I wish I could do that but it isn’t me and frankly I don’t have the time or effort to put into it. But another part of me has felt a bit like a fraud when I see people in person and they ask how are you and you respond with “good, how are you?” It’s basically ‘lie and deflect.’ Behind closed doors I’ve been battling with anxiety that is crippling me; the smallest things sending me into a panic where my heart races and I start to cry. A big contributor has been our upcoming trip overseas to see family. If you know anything about me it’s that I love my family more than anything and miss them terribly – yet I’d give up this trip if it means not having to fly the 21 hours with dizzy spells and two toddlers. Sometimes someone can bring up one thing about the flight and suddenly I can’t eat and I’m physically sick. I find it’s gotten worse over the years – the anxiety in the lead up to a trip.

It seems so silly when I think about it at times, all of this stuff. I feel like we are leading a church campus – how can I be going through this? Where is my faith? Get your stuff together woman! I’m currently hogging all the prayer time during our devotions, at least that’s how it feels. But of course God doesn’t call us to live by how we feel. And if there’s anything to be learned from all this rambling is that God is the author and perfector of my faith, not me. I need to let go and let Him deal with the issues of my heart, let Him take those fears because I know He wants more for me and more from me. I’m not saying I’ve figured it all out because clearly I’m still a work a progress but I know at least admitting where I’m at was a big part of the issue. I’m still learning that it’s okay to not always be okay. But when I’m not okay, I need to run to the only One who can bring healing to my troubled heart.

A few weeks ago a beautiful friend spoke this over me – not just sent it in a text (though that is so amazing too!) but she read it out loud while I stood there and wept:

Isaiah 54.10-17
Though the mountains be shaken and the hills be removed, yet my unfailing love for you will not be shaken nor my covenant of peace be removed,” says the Lord, who has compassion on you.
“Afflicted city, lashed by storms and not comforted, I will rebuild you with stones of turquoise, your foundations with lapis lazuli. I will make your battlements of rubies,  your gates of sparkling jewels, and all your walls of precious stones. All your children will be taught by the Lord, and great will be their peace. In righteousness you will be established: Tyranny will be far from you;  you will have nothing to fear. Terror will be far removed; it will not come near you.  If anyone does attack you, it will not be my doing; whoever attacks you will surrender to you. “See, it is I who created the blacksmith who fans the coals into flame and forges a weapon fit for its work. And it is I who have created the destroyer to wreak havoc; no weapon forged against you will prevail, and you will refute every tongue that accuses you.
This is the heritage of the servants of the Lord, and this is their vindication from me,” declares the Lord.

I love this version as well – the use of the words terror and tyranny. They sound so harsh but they truly describe how these months have felt. It’s felt terrifying to be so out of control. It’s felt oppressive and lonely (mostly because I didn’t let anyone in so that’s on me). So now whenever I start to feel anxious I put on some praise and worship and keep reading that verse (and many others). Sometimes just writing the verses out by hand or speaking them out loud make such a difference. So to wrap up this insanely long post: all I can really say is let the One who made you, heal you. By all means do whatever you need to – talk to people, see a professional but ultimately run to the One who is waiting with open arms and gave up Heaven to have you.

For me, the biggest thing I can take from all this is that nothing is wasted; God will use ALL things for His glory. Romans 8.28 has been spoken over me more times than I can count. I’ve seen Him use all the good, bad and hurting things in my life and made them all beautiful in ways only He can. So while this has been one of the hardest years it’s also been one of the ones I’ve heard God speak more clearly than ever. It’s been a year where I’ve felt more pursued by Him than ever. So even when it hurts, I’ll praise Him and I hope if you’re in the same boat, you will too.